Skip to main content
You are here:
Home / PROJECTS / UPON THE FRAGILE SHORE - NoPassport for Human Rights Reading Scheme

UPON THE FRAGILE SHORE - NoPassport for Human Rights Reading Scheme 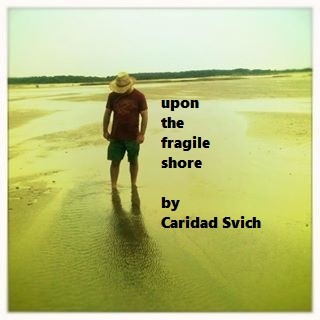 UPON THE FRAGILE SHORE -

"Caridad Svich's Upon the Fragile Shore asks us to be with human vulnerability without solving it; arriving at expressions of peace through accident. Her images are surprising, visceral and invite delight and attending inside of difficulty. It's a big world, and we are so beautifully close in it." -- Emily Mendelsohn, director

UPON THE FRAGILE SHORE

a play-conversation by Caridad Svich (2012 OBIE for Lifetime Achievement)

UPON THE FRAGILE SHORE is a play for four actors that explores human rights and environmental issues around the world especially in relationship to human-made tragedies and their aftermath. The play centers on stories from the United States, Nigeria, Syria, Malaysia, sub-Sahara, and Venezuela. Seven interlocking stories. Fourteen characters played by four actors. All of us living on the fragile shore. A play-conversation about tragedy, hope, faith, and who we are as audience.

UPON THE FRAGILE SHORE: 2014 NoPassport for Human Rights Reading Scheme

NoPassport theatre alliance & press, Jody Christopherson (Skype Show, New York Theater Review) and Missing Bolts Productions (founded by Zac Kline and Blair C. Baker, www.missingbolts.com) in collaboration with multiple venues across the US and abroad invite you to present free script-in-hand readings and/or 5-10 minute digital film excerpts of UPON THE FRAGILE SHORE by Caridad Svich in the months of October and November 2014 to illuminate human rights and environmental issues on global scale and to foster ethical co-existence. Dramaturge for the scheme is Zac Kline. Assistant dramaturge is Bree Windham. To join the reading & film scheme this fall, please contact fragileshore@gmail.com and visit NoPassport at www.nopassport.org

Why a Reading Scheme Now?

NoPassport theatre alliance and press is committed to the advocacy, promotion, production and publication of creative expressions of diversity and difference in theatre and performance. It is also committed to interventionist actions, through theatre-making, in culture toward peace, healing, forgiveness, positive action, and resistance to uncivil actions. Previous NoPassport interventionist global reading schemes include 30/30 US Latin@ Festival (2013-2014), Gun Control Theatre Action and 24 Gun Control Plays (2013), Spark (2012), and The Way of Water (2012)

Human-made tragedies haunt the global landscape. How do we respond to tragedies? How do we go on? These questions have been at the root of theatre practice for centuries. For good or ill, the questions need be raised time and again to continue to foster ethical co-existence on our planet, and perhaps too to try to come to compassionate understanding of events that do not stop when the 24/7 news cycle moves on to cover other stories. We are all in the thick of it. We are all in the mess of life, whether you live in Port Sulphur, Louisiana or in the lands that belong to the Saharawi in westen Morocco.

NoPassport asks with this play - UPON THE FRAGILE SHORE - for all of us to consider how we live in vulnerable spaces, be it due to coastal erosion and ‘vanishing ways of life,’ in resistance to oppression. during and after wars, and in the suspended fragile states of collective grief. These readings, thus, are offered as a way to build sustaining connected spaces for us to consider our vulnerabilities in an already fragile world, and how we can find strength in these spaces.

How can theatre transform and speak poetically to our lives? How can we let art live within us and see our world anew? How to continue to engage civically in the nexus between art and practice and life? NoPassport asks these questions with any conference, reading, publication, spoken word salon or scholars symposium it forges into action. The same is true with this scheme.

.UPON THE FRAGILE SHORE: Special reading on October 16, 2014 at New Dramatists

An alumni playwright reading of UPON THE FRAGILE SHORE will be held October 16 at 7 PM at New Dramatists in New York City. The reading will be directed by Emily Mendelsohn, director of Erik Ehn's Maria Kizito for Soulographie at LaMama and at ArtSpot in New Orleans, and Katori Hall's Children of Killers at Castillo Theatre in NYC. Ms. Mendelsohn sustains an ongoing artistic collaboration with Deborah Asiimwe of the US/East Africa Exchange and the Sundance Institute Theatre Lab. Cast for the reading includes Hadi Tabbal, Christina Pumariega, Jody Christopherson and LaTonia Phipps.

The reading will be followed by a conversation on human and environmental rights and art-making with playwrights Lucy Alibar, Mona Mansour, Tala Manassah, J.T. Rogers and Winter Miller and the company moderated by Zac Kline.

Further Information about this reading and this international scheme will be posted on NoPassport soon.

UPON THE FRAGILE SHORE

A new play by Caridad Svich

Note: No admission must be charged for the readings, unless it is for donation purposes to local or international human rights organizations. Readings must be script in hand.

How it Works: Between 1 October and  first week December 2014, select a date that is convenient for venue/artists at local level to hold a reading. Let NoPassport’s team know when the reading will be held and where (date/time/venue). NoPassport will list you on the master calendar. if you wish to take part in our digital action instead with a short film or filmed reading, then that is also possible!

YouTube Channel for FRAGILE SHORE: NoPassport allows five to 10 minute (maximum) extracts of the piece to be filmed (from staged reading or as lo-fi digital films) for upload to our channel. If you are interested in making a short digital film, contact us at fragileshore@gmail.com.

Script: Current draft of Script of UPON THE FRAGILE SHORE by author Caridad Svich will be sent via email to each venue in pdf format. No changes may be made in the script as written unless authorized by the author. The script requires four actors. Open, inclusive casting is encouraged.

Publicity - Ads/Graphic Image: NoPassport will provide each venue reading the play publically with the same graphic image, should they wish to use for publicity. The graphic image will be submitted via email as a jpeg to each venue by September 15th 2014, if not earlier. Local newspaper, radio (local NPR, etc), internet, etc. publicity and preview articles are allowed for these free readings.Community engagement and coverage of this local/international scheme is encouraged.

The author, in addition, will make herself available, schedule permitting, for interviews about the play and this project. Caution: Under no means may the readings be reviewed by local theatre critics, bloggers, etc. The play, since it has not received world premiere yet, is not subject to formal review.

Presentation Guidelines: Readings must be script in hand, cold or rehearsed. Actors may be student actors, amateurs or professionals. Each venue will have the responsibility of casting its own reading. Venue/lead artists must provide NoPassport’s UPON THE FRAGILE SHORE creative team exact date/performance time, name and city of venue for the UPON THE FRAGILE SHORE master calendar at least 10 days prior to event, if at all possible.

Symposia/Panels: NoPassport encourages each collaborating venue to coordinate a panel (with scholars, activists, etc.) or community discussion in conjunction with the reading’s presentation. However, it is not required.

Recording: Readings may be audio-recorded or vide-recorded (with permission) for archival purposes. Live-streamed readings (to be archived online on vimeo, youtube etc.) are allowed for broadcast, as long as all credits are cleared and the purposes of the reading are stated. Links to any media links must be shared with author and dramaturgy team. Audio and video (DVD) recordings for archival purposes must be as well. No profit shall be made for any recordings of this work.

Credits: This play was created with the artistic support of Elaine Avila, Daniel Banks, Amparo Garcia-Crow, Flor De Liz Perez, Otis Ramsey-Zoe, Claudio Raygoza, and J.T.Rogers. A section of this play originally began as a short piece entitled “And so it is,” which was seen as part of NY Madness:Globalisation at IATI Theatre in September 2013 directed by Emily Mendelsohn and performed by Jody Christopherson and Maria Peyramaure.

UPON THE FRAGILE SHORE in Broadway World: http://www.broadwayworld.com/article/Caridad-Svichs-UPON-THE-FRAGILE-SHORE-Benefit-Reading-Set-for-New-Dramatists-1016-20140811

November 3rd at 7 PM: Ion Theatre at Urban Center for the Arts in San Diego, CA. Directed by Claudio Raygoza.

November 18 at 7:30 PM: University of Missouri Department of Theatre at the Corner Playhouse in Columbia, MO. Directed by Sarah Senff.

November 24 at time TBA: Moxie Productions at the Off Center for Dramatic Arts in Burlington, VT. Directed by Monica Callen.